I’m more familiar with PSN than Live but I’m sure they have a system that’s relatively similar.  The art of trophy/achievement hunting. 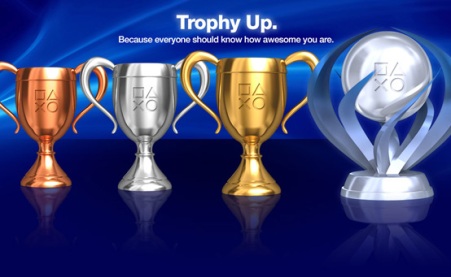 I started this post a while ago and found in my draft folder along with some other posts I have to finish. But anyway to Trophy Hunt or Not that is the question!!! There are some games that are a necessity to play but other games not so much unless it is easy to accrue trophies.

On PSN I have been acquiring trophies since PS3. Out of my 9 friends, I come in 3rd at level 12. One of my online gaming friends is on level 18 (Which can only mean this person eats, sleeps, and breathes video games. The person in second place is just one level above me.

Not too far back in 2018 Cultured Vultures did an article on the 40 easiest PS games to win a platinum trophy. As you know they are very hard to come by. I have had my account for decades and only have three. Of which were all acquired within the last three years. Also, there’s this guy. Whom I can’t imagine having a life. I mean that’s a full-time job in it’self.

The most trophies I have ever gotten from games are from two telltale games, The “Walking Dead” and “Game of Thrones” ( I have issues with telltale games but that’s another post. I know they are gone now but… Okay let me stop before I go on a rant), Horizon Zero dawn and Witcher Three. (I’m not sure why only 50% of this game is done. I did everything on the map… Oh, wait I forgot Gwent sucks. Yeah I said it). 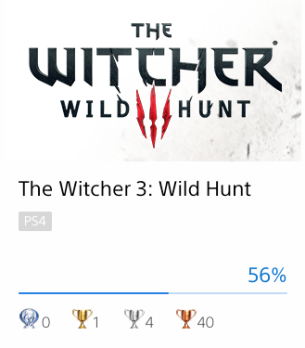 How important is trophy hunting to you? Do you feel it is an important part of gaming? Is it indicative of how much of a serious gamer you are? Let me know your thoughts and what your favorite trophy hunting games are! I’m asking for a friend. Add me on PSN: Imriven and until next time, game on!